No aircraft collection is complete without a Zero. It was one of the most important and well-known aircraft of World War II. As a new edition this year, it is of course completely printed. 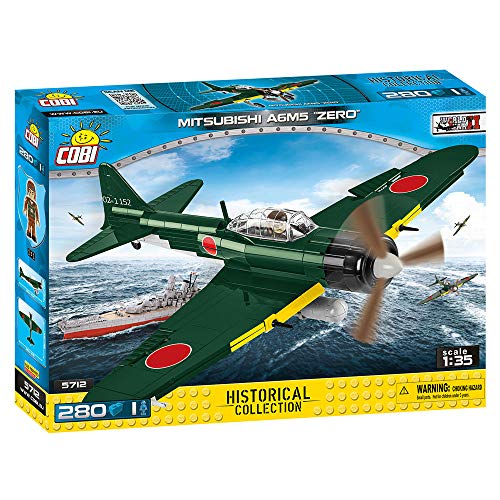 As with most other aircraft models, we start with the wings. First, a lot of tiles are laid out and then gradually connected with plates. Numerous prints are already being used here.

With a separately built part we now connect the two wings and then continue with the cockpit. The front part with the engine is quite small and can be built quickly. The stern takes a little more time for this.

Here, too, printed parts are used. After the stern is also ready, we put it together with the motor on the wings. Since the cockpit is now being closed, I’m going to build the pilot and put him in the cockpit.

The following construction steps take place again on the underside. The landing gear and a thick bomb are built and attached to the model. The only thing missing is the base.

Since the new stand is smaller than the old models, it is of course also faster to build. In the last step we just build the nameplate and put the plane on the stand.

Compared to other aircraft, this model does not have too much to offer. However, this is also due to the fact that the historical models looked quite similar. If you want to have the most important aircraft of World War II on your shelf, you naturally also need a “Zero”.