There can’t be enough helicopters. Especially when there are beautiful models like this new transport helicopter. You can see what to expect in the article and Speed Build. 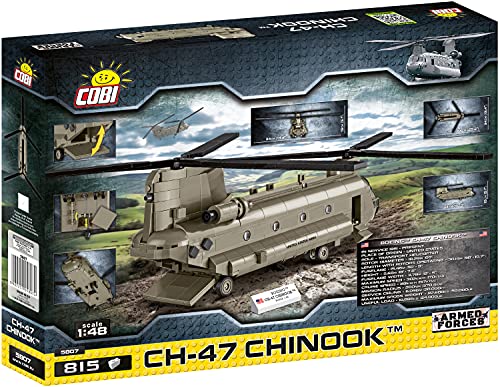 The construction begins directly with the reversal of the construction direction, on which a layer of plates and a layer of tiles are placed, because in the first step we build the underside of the fuselage. A winch is placed in the middle, to which a rope with hooks is attached.

In the next few steps the trunk will be pulled up and closed. The stern gets a hatch that only covers half of the opening, which corresponds to the original. Since a lot of large components are built in, the Chinook takes shape very quickly.

According to the packaging, the set does not contain any minifigures. In principle this is also correct, since it does not contain complete figures. The two pilots consist of special parts that we also know from modern combat aircraft. Legs are dispensed with for reasons of space. After the fuselage has been completely closed, the stern gets a structure that will later accommodate the rear rotor.

After we added 2 engines to the stern, we still build the two rotors. Due to its size and chassis, this model does not have a stand. Only a no nameplate is included.

In contrast to the Apache, the Chinook is built much more stable and will probably also survive the children’s room. A nice, large model with a matching color.