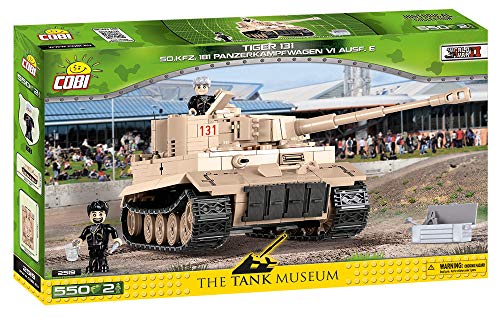 Since I have already watched some videos of the real Tiger 131 and Cobi released a revised version, I thought it was time to buy and build this model.

The Tiger 131 was a Tiger I (Sd.Kfz. 181) that was used in Africa. That should also be easy to recognize by its camouflage color. After heavy hits from Churchill tanks of the 48th Royal Armored Regiment, the German Tiger was not destroyed, but was unable to fight. The crew left the tank and it fell into the hands of the British on April 21, 1943. They examined him down to the smallest screw and later repaired it with parts of other destroyed Tiger I. In 1951 it was handed over to the British “The Tank Museum”. In 1990 it was restored again and got the machine of a king tiger, because the original machine of the Tiger 131 was cut into parts for exhibition purposes. Since then he has been the only functioning tiger in the world and can be admired in action in various videos on YouTube.

There are some components in this model where you really have to press hard to connect them. The hinges on the turret stubbornly refused and I had to use some force. A track and 1 brick were not completely deburred, so I had to scrape off a small amount of material with my fingernails. The clamping force of all building blocks is enormous. If you install a tile, you have almost lost. No parts separator could solve them again. Only a cutter came between the two stones and I was able to lift the tile. Everything else was back to the usual COBI quality and the tank should survive the children’s room without any problems, apart from a few decorative parts and the gun.

The set is completely without stickers. Damage to the tank was also considered and printed on.

The structure of this revised model can hardly be compared to the gray Tiger I. Even if the tub is quite identical, it is built differently here. Almost the entire base is pitch black and there are no bright colors for orientation, as you are used to from other manufacturers. After a few layers of plates and bricks, the sand clay was finally used.

With the covering of the hull, the first printed stones were used and there are plenty of them in this set. Apart from a few decorative elements, large tiles are used here, which ensure rapid progress. With the castors you have to be a little careful that they are placed in the right places, otherwise you will get problems when you open the chains. Clever as I was, I put the big roles on the big axes and the little roles on the small axes. Of course that was wrong and somehow the tracks didn’t want to fit. But if you occasionally look at the instructions, something like that cannot happen.

I was glad when the chain links were all connected, even if in this case there are only 34 sizes on each side. They are very easy to connect. Finally, there was a little decoration at the stern and the construction of the turret could begin. This is significantly larger than the gray model and uses more pimples.

After the turret was completed, the tank was completed and the construction of the figures could begin. In this case, they were not soldiers, but employees of the museum where the tank is exhibited. For occasional maintenance work, the two have a small box with tools at their disposal.

A direct comparison is of course possible with similar models. Since I also own the new model in gray, I placed them side by side and immediately saw clear differences.

While the front was only slightly changed, the rear has been given a significant boost. The bare knobbed plate has disappeared and was covered by a printed tile. There were also various small details that cannot be found on the gray model. The turret has increased significantly in height and now lies completely on the hull. The small fog throwers are only available on the Tiger 131. Since the hull is quite identical, the chains on both models run very smoothly. No pressure has to be applied and both tanks roll on smooth surfaces without any problems.

Even if you already have the predecessor or the gray model, the revised version is worthwhile for the collector. There were visible innovations and especially the tower has grown in size and details. I definitely have not regretted the purchase. 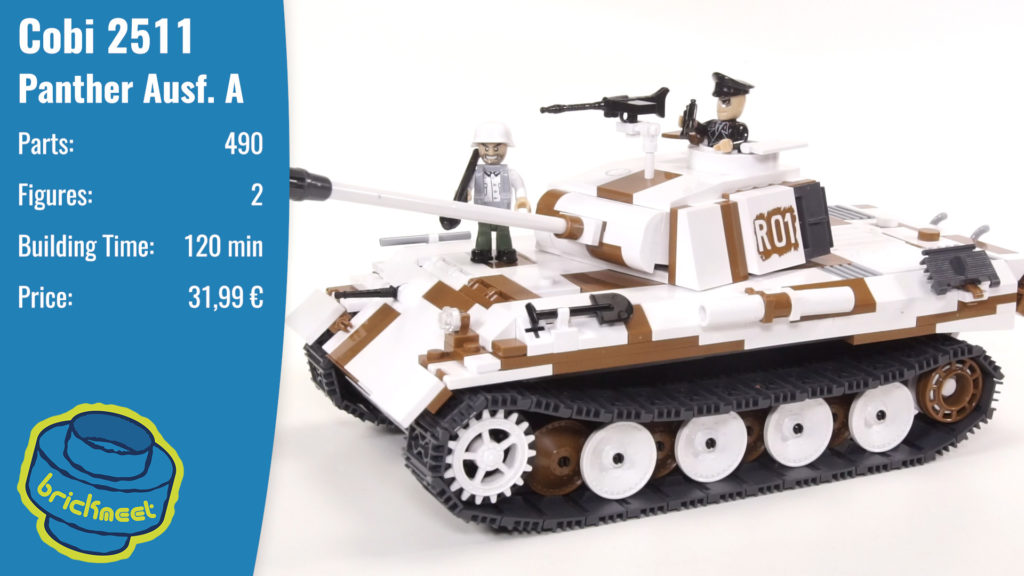