After the Super Hornet, another Hornet from COBI is coming onto the market. Visually, it is a real eye-catcher. But it also has fewer parts due to many molded parts. 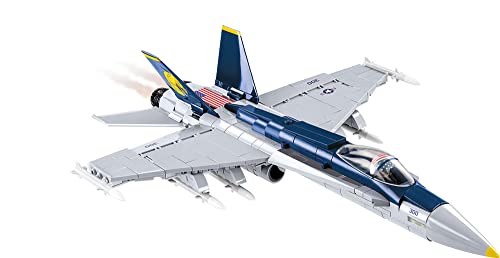 As with most modern aircraft, it starts with the wing construction. After that, the front part is built and merged with the wings.

In the cockpit we put a pilot without legs and with a stylish helmet. Then numerous large moldings are used, including the armament and all rear wings. Of course, this looks very good, but it also reduces the fun of building. With the Super Hornet, these parts were still built from bricks.

The new Hornet is a very chic model that is available in different national colors. But it also has a comparatively large number of molded parts.